Around 200 disadvantaged, seriously ill and recovering children have embarked on a charity-funded holiday-of-a-lifetime to Florida.

Youngsters from across the UK were given a raucous welcome as they gathered at Heathrow Airport to board a specially chartered British Airways flight as part of the annual Dreamflight charity adventure.

The passengers were chosen to join the holiday, now in its 33rd year, by doctors and medical experts, having battled with serious illness, disability and trauma.

Police wave off the children at Heathrow (Steve Parsons/PA)

They will visit a host of attractions, including SeaWorld, Disney World and Universal Studios during their fortnight in the States, accompanied by a legion of medics, chaperones and support volunteers.

Paralympic gold medal swimmer and Dreamflight patron Liz Johnson said: “As an 11-year-old with cerebral palsy, my Dreamflight experience empowered me to embrace difference and opportunity with increased confidence and removed a subconscious dependence that I had on my immediate support network.

“This enabled me to unlock my potential and follow my dreams – I can’t wait to support this year’s young people in their quest to do the same with the added bonus of developing their swimming abilities.” 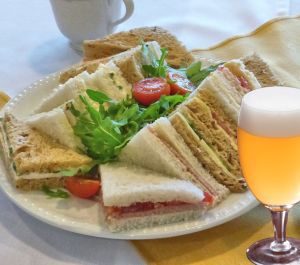 World number one Rory McIlroy moves into a three-way tie for the lead at the Genesis Open alongside [...]

Two European Tour tournaments off because of coronavirus

Two European Tour golf tournaments in Asia are postponed because of the outbreak of the coronavirus. [...]